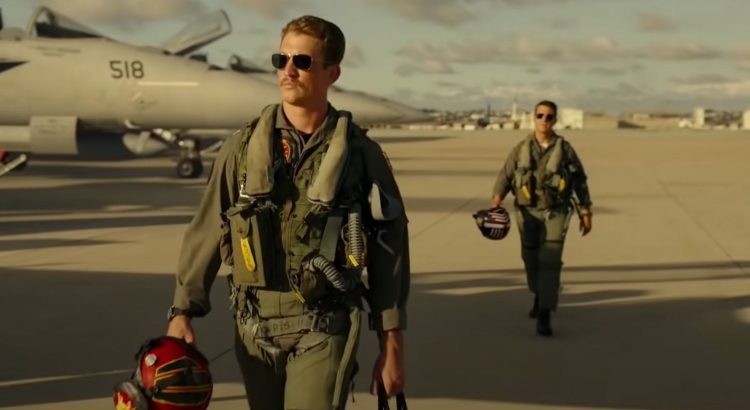 Last Friday I sat down at Yelmo cinema’s pokiest screen under a cold blast of air-conditioning to watch a sequel 36 years in the making.

I wasn’t much looking forward to it.

I am assertively on record as stating the original Top Gun is one of the best movies ever made (…despite the derision inevitably produced by this claim) and, with the exception of the original Star Wars trilogy, it’s the film that I’ve sat down to watch most often.

After the disappointment of The Force Awakens (and 20 years previously The Phantom Menace), I’ve become aware of the terrific set of circumstances that need to come together to make a bona fide brilliant film. And that, while copying a few superficial details from a classic predecessor might fool an expectant cinema-going public into some generous reviews, once the recency bias fades most people see these sequels for what they are. Watchable light entertainment that doesn’t come close to its genesis material in terms of storytelling.

Once I heard Harold Faltermeyer’s Top Gun anthem resounding over a montage of fighter planes jetting off the runway of an aircraft carrier however the hairs on my arms stood up (and not just because of the aggressive A/C): my cynicism was dispelled and I braced myself for an epic 2 hours of chasing sunsets on mighty wings through the danger zone.

Sadly, that frisson of genuine excitement lasted as long as it took to get to the film’s first plot scene: a plodding and pedestrian affair in which four men stand awkwardly in a hangar exchanging artificial dialogue in order to set up what is supposed to be a character-revealing scenario. Unfortunately, it just comes across as rather ludicrous, as TC decides to melt a supersonic jet and then inexplicably survives the offscreen crash.

Anyway… thanks to his old buddy Iceman, this opening incident is overlooked by top brass and he gets called back to Fightertown USA to train some previous TG winners for a daring aerial mission.

What follows is an overly long and clunky bar scene in which the scriptwriters attempt to set up the film’s romantic subplot, and introduce an entire new batch of naval aviators and their rivalries, and foreshadow the tension between Maverick and Rooster (Goose’s son). Tom Cruise meanwhile is unceremoniously lifted and turfed out of the bar for not being able to cover his round (it reminds me of that time James Bond is mistaken for a valet in Casino Royale… a scene which undermines the authority and charisma of the hero).

It’s not disaster level film-making, and some things are handled well in this overly-ambitious set piece. There’s a nice echo between Hangman calling Maverick ‘pops’, and having a hand in his ejection, not knowing that he will be instructing him the next day, and Mav embarrassing himself with McGillis in the original. But is it as smooth as the original (when, for example, just a look across a lecture theatre is enough to establish the start of a rivalry between Maverick and Iceman)? Not even close.

It’s not the only thing that doesn’t compare either. The script in general is eminently forgettable. There are maybe four memorable lines in the whole movie, one of which feels like a dad joke (“I don’t like that look on your face Mav”. “It’s the only one I’ve got”), one of which is a watered down version of a better one from Aliens, one of which rips off Game of Thrones and anyway doesn’t make sense (going extinct is a process… so saying it is not happening today is a poor retort), and one of which is copied from Top Gun the original and also doesn’t make sense (when Goose says “do some of that pilot shit” it is a great line because he’s a RIO… when Rooster, a pilot, says it, it’s nonsensical).

The acting is average to poor.

The humour is inappropriate and often unfunny. When two plane wreck survivors greet each other in enemy territory and act like two friends from a mid-90s sitcom it’s just dumb filmmaking.

I am glad Val Kilmer was in the movie, and obviously his throat cancer ruled out any substantial dialogue, but the whole text relationship between the two old rivals was just weird… and did they have to dress Iceman as a camp English aristocrat?

Opening credits aside, the soundtrack sucks. How can you be making a sequel to Top Gun, a film that – if it did nothing else – taught us how rock music and action scenes are an awesome combination, and then stick on twee ’emotional’ orchestral music during a dogfight?

While incredibly contrived, I do kinda respect the plot, which was cannily developed to create multiple scenarios for Maverick to kick ass…  the results of which I thoroughly enjoyed. In doing so, however, it also lacked a LOT of credibility and the film crossed over into both Star Wars and James Bond territory at times, which felt off brand. (As astutely noted in this clip, what Top Gun is really about is guys waving their dicks around… not saving the world).

A final word on the plot, and TG:M pulls that preposterous ‘saved in the nick of time’ trope about three times in the final sequences 🙈🙈🙈. You can get away with that ONCE a movie at best, and this is lame and lazy film-making that makes me want to missile lock those responsible and blow them out of the skies.

Overall, despite my many gripes, I enjoyed Top Gun: Maverick. I had low expectations and I’m grateful it was at least able to meet those… it mostly didn’t trample on its predecessor, and indeed many of its best moments echo those of TG, while it successfully leveraged some of the fondness and emotions from 1986.

Of course the real cinematic thrill of the weekend transpired two nights later… when I rewatched the original. They really don’t make them like they used to.

Just Awesome Movies reviews ONLY films of awesome level and above. We feature the best of Hollywood, cult, alternative, independent and world cinema. We revel in revealing forgotten classics, little known European gems and/or underappreciated films.... so stick around!